Chinese PTT’s fighter Zhang LiPeng got the win via Submission RNC on the AFC – Australian Fighting Championship / Kunlun Fight defeated Mikey Vaotuua in Round 1.
LiPeng has had one hell of a busy year, with 7 Pro MMA fights (going 6-1) including 5 Kunlun Lightweight title defenses (All in just 11 months). LiPeng trained multiple times at PhuketTopTeam MMA & Brazilian Jiu Jitsu Phuket during last 2 years where you can also find Kids BJJ lessons Thailand.

In a quick and ultra impressive manner, Zhang Lipeng proved to the MMA world he is the #1 fighter in China. In what was always going to be a huge challenge for Mikey, he endeavoured to press the action early with little success. Zhang observed and when the opportunity arose he quickly secured a takedown and locked in the fight ending rear naked choke. 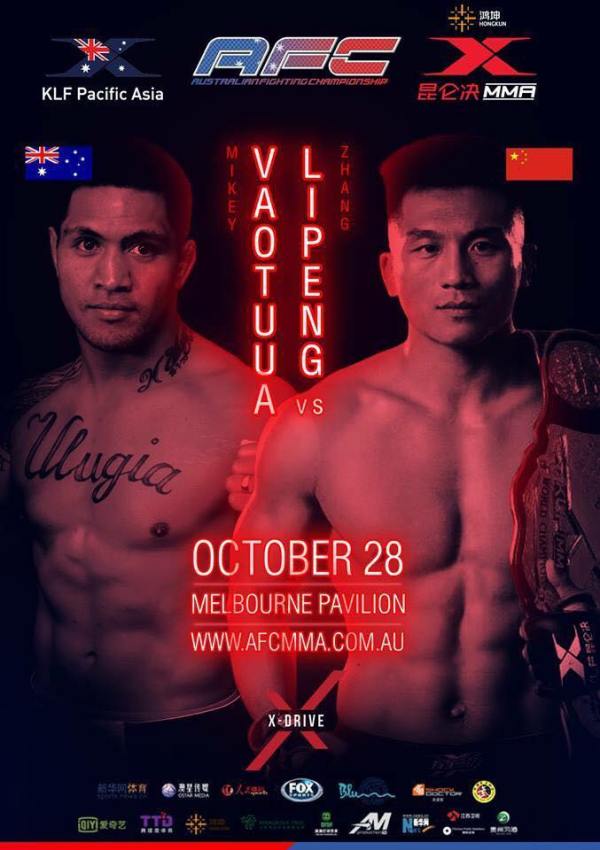